Story magazine has been renewed 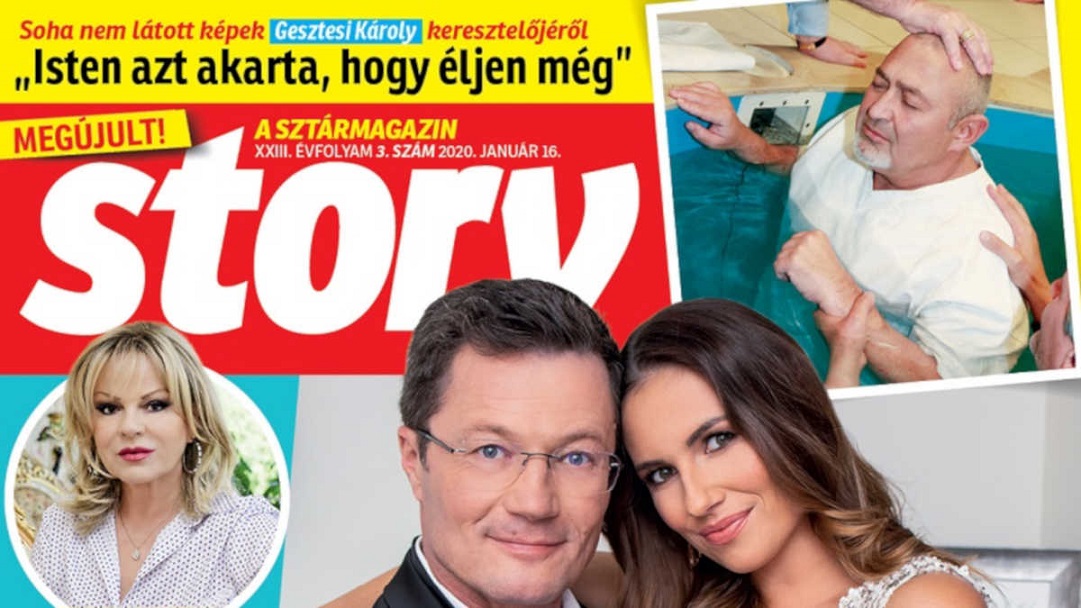 The tabloid, which will be published in a new form from now on and will also strengthen its position in social media, will be promoted by Hungarian celebrities. The publisher of the magazine commissioned Péter Geszti’s company to prepare the campaign. In addition to changing the appearance, the editorial staff has developed the content of the magazine, as well.
The renewed Story magazine came out today for the first time. Central Media Group first announced its expected renewal last November when it turned out that the Story Gala had been cancelled, as the publisher wanted to put all its energy into renewing one of its most significant products. The achievement of this goal also involved personnel changes at the company.

In its communication on the recently published new Story magazine, the media company states that the present renewal has been one of the most significant milestones in the magazine’s history of more than two decades. According to the company, on the one hand, the tabloid has become fresher and more youthful, on the other hand, more elegant. The logo has changed. The weekly is characterised by new visual elements, larger photos, clearer headings and fonts, new columns and even more content for women.
The Women’s Extra inner supplement has been updated. In addition to the previous columns, readers can find more new content elements in the magazine. For example in the column My Successor Is In Front Of Me famous Hungarian people introduce their lesser-known colleagues who they consider to be talented. The first renewed issue already includes a sensational article: András Stohl introduces Vica, his fiancée to the public.

Editor-in-chief Balázs Kolossváry disclosed that the renewal process of several months was preceded by an opinion poll among the magazine’s readers.
“The renewal lasted for nearly one year. A lot of brainstorming and fine-tuning on the part of the editors led to the final result. Of course, we were also interested in our readers’ opinion, therefore the »face-lifting« has been tested through numerous research projects. We believe that we have created a modern, youthful and elegant magazine,” said the editor-in-chief of Story.
The renewal is accompanied by the media and marketing campaign conducted by GRUND Communication and Creative Agency hallmarked by the name of Péter Geszti. They have manage to involve Hungarian celebrities such as Antónia Erős, Vera Tóth, Izabella Varga, Mr. and Mrs. Korda, Majka, András Stohl, Zoltán Bereczki and Zsófi Szabó.
“All of them were delighted to undertake the task upon the first request, as they always remain the main characters of stories and know that they can share their carefully kept secrets with us,” said the editor-in-chief, adding that the editorial staff has started working harder on one of the most popular communication platforms of our age, in the social media, as well.
The editor-in-chief and publisher of Story magazine also announced that the followers of their Facebook site and
recently launched Instagram page would be able to find extra content which cannot be found in the columns of the magazine.
In addition to changing the appearance, the editorial staff has developed the content of the magazine, as well.